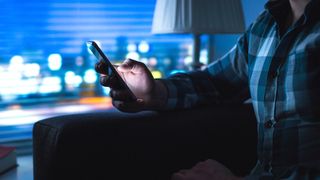 Android 10’s system-wide dark mode is capable of forcing dark mode on apps that don’t currently support it. This can be extremely helpful, but it’s all or nothing: you can’t pick and choose which apps have dark mode forced if you don’t like how it looks for some of them.

Until now, it’s only been possible to work around this limitation if you’re willing to root your phone, but there’s now a free app that lets you decide which apps to darken on an individual basis without jailbreaking it first.

DarkQ (available to download from XDA Labs) works with most third-party apps without their own dark modes, plus first-party apps like the Google Play Store.

Doing this requires elevated privileges, which was originally only possible by rooting your device, but the app can now achieve the same thing using an Android Debug Bridge (ADB) script to access system files that are usually inaccessible. Check the forum thread for details of how to install and use it.

Turn off the lights

Forced dark mode can work well, but it’s only a compromise and looks better on some apps than others, so being able to decide where it’s applied is a real boon (and should arguably be offered by Android 10 itself).

With DarQ installed, you can enjoy the best of both worlds while you wait for developers to catch up and complete fully optimized dark modes that you can activate with a tap of a toggle.