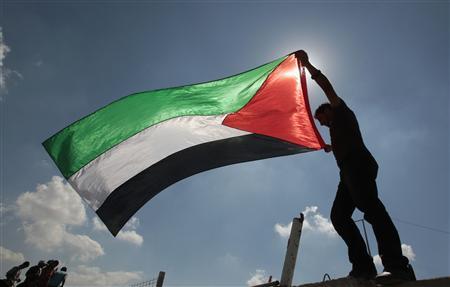 For the better part of ten years, I lived and taught in Palestine, Jordan and Lebanon. In the West Bank, I taught at Al Quds University in Abu Dis, and at An Najah University in Nablus. Teaching in Palestine brought the context of the colonisation process in Palestine to life. It was something I could see every day as I watched settlements like Ariel encroach on land belonging to my students. I taught students who were refugees living in refugee camps because their families had been expelled from their homes in 1948.

I also taught students who were new refugees. Indeed, while teaching in Nablus, some of my students were from Aqraba, a village a few kilometres away, and they were being expelled from their land where they were farmers and shepherds. These families were made refugees in 1967, when Israel occupied the West Bank, and now they were being made homeless once again. It made attending university, among other things, next to impossible.

Living and working in Palestine meant that most days students and colleagues might be absent because they couldn’t get past an Israeli checkpoint, the Israeli army invaded their homes and arrested them or a loved one was killed by Israeli settlers. Things that most professors take for granted, like acquiring textbooks, is challenging because the Israeli military censors everything, including poetry. During its ongoing war in Gaza, Israel has repeatedly targeted, and destroyed, schools and universities. This is a daily reality for Palestinians, and a reminder that academic freedom is a luxury and education is not a right that one can easily access. The barriers to education for Palestinians are made possible by weapons and technology produced at Israeli universities – universities that in turn thrive on collaboration with foreign academic institutions.

Last fall, to increase its international student population, Israel’s Council for Higher Education (CHE), launched a project to recruit more international students to its universities, especially targeting Indian, Chinese, and North American students. And it seems that many Indian academics are being lured by financial and professional incentives, especially given the ways in which Israel intervenes in Indian life, most recently in the form of the surveillance technology used to spy on ordinary Indians through WhatApp.

CHE’s program commenced around the same time students at the Jamia Millia Islamia (JMI), New Delhi took to the streets to protest a collaboration with an Israeli delegation on campus. They were the first to challenge the increasing cooperation between Indian and Israeli universities over the last decade. The Israeli government initiates these programs often as a way to elide their actions in Palestine, and in West Asia more generally (including recent bombings of Iraq and Syria). Unlike other institutions around the country, JMI has not signed an MoU with any Israeli institution but it has signed MoUs with two Palestinian universities in the West Bank, Al Istiqlal University in Jericho and Hebron University.

Over the past several years, Manipal University, IIT Delhi, Ashoka University, Jindal University, IIM Bangalore, IIT Bombay, the Indian Institute of Science, IIT Gandhinagar, IIT Kanpur and IIT Madras, among others, have all signed MoUs with Israeli universities. Universities in Israel are funded by the state and as such are complicit with war crimes committed against Palestinians and Arabs in the region. The weapons produced in cooperation with these institutions also arm Indians, since India is the largest importer of Israeli weapons, and India has been modelling its activities in Kashmir on Israel’s actions in the West Bank and the Gaza Strip.

Indian and Israeli academic partnerships may seem innocuous because these are students and professors engaging in scientific research. But what kind of research do these Israeli universities undertake?

The Technion – Israel Institute of Technology in Haifa provides the largest support system for manufacturing weapons in Israel. Knowledge and projects that emerge from Technion include the remote-controlled D9 bulldozer that the Israeli army uses to demolish Palestinian homes. It works directly with companies like Elbit, which provides them with enormous research grants, in exchange for developing weapons, drone technology, unmanned vehicles and electro-optics.

Tel Aviv University is famous for creating the Dahiya Doctrine, which Israel used in its last war against Lebanon in 2006, killing over a thousand Lebanese people. The Dahiya Doctrine’s practice of using disproportionate force has been shaped by researchers at this university. The university also hosts a weapons convention for the Israeli army, with which it has over 50 technological projects. Unfortunately, this is where Tata Industries has chosen to invest, instead of in Indian students and researchers at home.

It’s not only the high-tech sector that participates in developing destructive tools. The University of Haifa’s political science department trains officers in the Israel Defencee Forces (IDF) while its department for geo-strategy crafted the policy of the “demographic bomb,” a euphemism that the Israeli government uses to describe its fears about the Palestinian population growing more quickly than the Jewish one. One doesn’t have to look too far to see the parallel discourse between Israel’s fear of too many Palestinians and India’s fear of too many Muslims as indicated in the latter’s Citizenship (Amendment) Act 2019.

Israel’s atomic weapons programme in Dimona has been supported by research at the Ben Gurion University’s department of nuclear engineering. Students who work in this department can also work as interns at the Dimona facility and attend lectures by its scientists. Ben Gurion also has a relationship with Rafael Advanced Defense Systems to produce weapons for the Israeli military, as well as for exports to countries around the globe, including to India.

Hebrew University’s Jerusalem campus sits on land stolen from three Palestinian villages, Lifta, al-Issawiya, and Wadi al-Joz, after its resident communities were expelled from their homes and their villages destroyed in 1948. Its medical school has a programme designed for those specialising in military medicine to train future soldiers, some of whom have engaged in human rights abuse and torture.

Just a few kilometres away from Nablus, where I used to live, is Ariel University, deep inside the occupied West Bank in the Jewish-only settlement of Ariel. Because the settlement’s existence is a violation of international law, so too is the university within its boundaries. And like all of Israel’s universities, it is involved with the Israeli military, including in the form of a partnership with the company Israel Aerospace Industries and with Elbit to produce weapons technology.

My experiences researching these universities and observing the ways in which the Israeli military enables colonisation compelled me to be one of the founding members of the the US Campaign for the Academic and Cultural Boycott of Israel (USACBI). It’s hard not to be moved when you see Israel’s destruction – with their US backers – in Palestine and in the region more generally.

But after living in India for seven years, I don’t understand why Indian academic institutions would partner with Israeli universities, especially given the shared history of nonalignment between India and Palestine in the not-too-distant past.

Like USACBI, the Indian Academic and Cultural Boycott of Israel (InCACBI) operates in India. Both organisations have been created to support the Palestinian call for boycott, divestment and sanctions, which follows the South African model that exhorted supporters around the world to end the apartheid system. These organisations entreat people to act in solidarity by not cooperating with Israeli academic institutions.

Instead of producing weapons of occupation and colonisation, a better way forward for Indian universities would be to follow in the footsteps of JMI by forging MoUs with Palestinian academic institutions. There are many of them, and engaging with Palestinian students and faculty members should be an enriching experience on both sides. It’s notable that more and more universities in the West have been canceling their study abroad programs in Israel; universities have also been cutting ties with Israeli academic institutions altogether, like the University of Johannesburg.

This is a path not untraveled in India, and treading it would lend solidarity to Palestinians as well as be a way to better educate young Indians raised in an era in which their government has normalised relations with Israel.